Happy birthday to us!

It was a chilly Tuesday in October 2005, when Halcyon Mobile officially became a company — the vision and the idea of a business were born a few years before that in the heads and messy bedrooms of 2 tech enthusiast university students from a small Romanian town, with a little over 30k inhabitants. What once seemed like a bold dream, has shortly turned into a young co-founder duo and a registered company that wrote its first app for a Blackberry 7210, before today’s giants, the App Store and Google Play existed. When they came along, our co-founders were quick to notice the whiff of new and promising opportunities they brought with them. And so building apps for Android and iOS and growing the team was the next natural step. Soon Halcyon wasn’t just Szabi and Levi. Gradually more and more friendly faces joined the flock. They were all birds of the same feather, driven by a common mission: to build apps that not only delight but change people’s lives. Apps with real impact.

Now, 15 years, a couple of new services, countless projects, awards, features, happy clients, and users later, that mission is still alive and more important than ever. It remained unchanged and cherished through the ups and downs, the joyful hellos and tearful goodbyes, the late-night work sessions, and the early starts. In celebration of this and the people who give their best to fulfill it day by day, we have recently blown out the candles on our virtual birthday cake sprinkled with a generous amount of nostalgia. It took 3 of us a week to dig out and jam the best photos from the past one and a half decade into a neat video so that we can all remember the Halcyon journey with its crazy milestones: the company-wide summer trips, team buildings, hackathon, numerous product launches, ping-pong tournaments, office parties, barbecues, game nights, secret Santas and such. 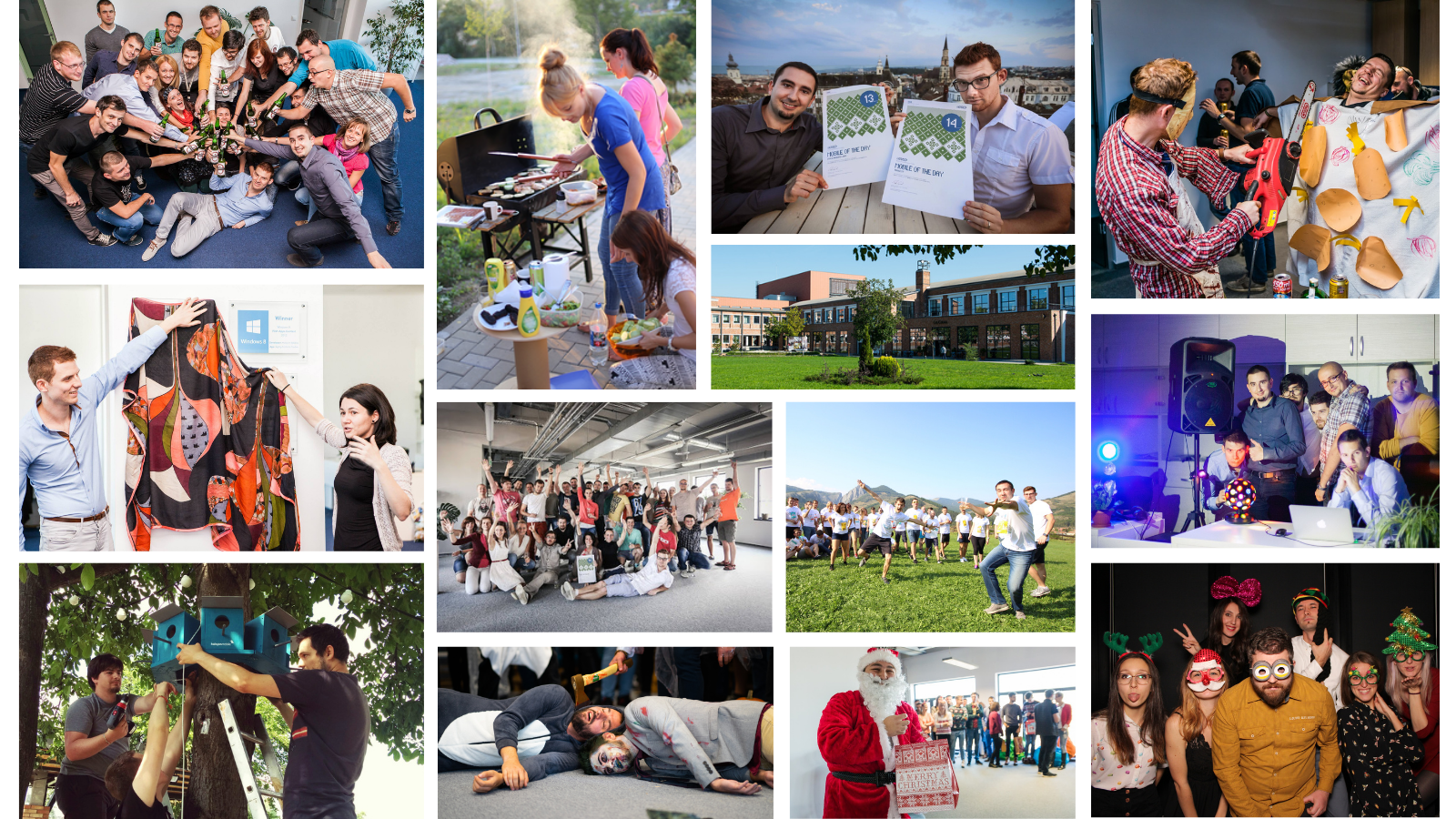 With this in mind, 50 fun-filled minutes later, at the end of our birthday bash, we filled our glasses with the champagne from our gift boxes and toasted to the wonderful journey and experiences we shared together. A perfect end to a virtual birthday celebration, but far from the end of our story as a company. Next year we’ll get to do this again, just like the year after that, and the year after that. Each year with a bigger nest, more night owls and early birds, more happy clients, and even happier users. Promise.

If you have an app idea or an existing project that could use some of our 15 years’ worth of experience in design and development, drop us a message at hello@halcyonmobile.com or visit halcyonmobile.com.

About the Author: Csilla Deac

Csilla is a Marketing & Communications Specialist for Halcyon Mobile. She enjoys writing and tackling challenges in creative and humorous ways. Get in touch with Csilla at csilla.deac@halcyonmobile.com.